I wrote this Film Analysis for my Humanities 319 class after watching a feature film at the Arab Film Festival 2006. I got an “A” grade for my effort. Feel free to quote me, but don’t steal my words. I have enhanced this post with pictures from the movie, I hope you like the pictures and the analysis.

Production notes: Shot in Lebanon/Sweden in the year 2005. Starring Imad Creidias as Zozo.

Synopsis from the Festival

“With nothing but a red suitcase, passport, and fuzzy yellow chick in hand, a boy named Zozo flees war-torn Beirut circa 1987 for safety in Sweden. Plagued by survivor’s guilt, his days are fraught with recurring visions of family, destruction, and the supernatural, but his happiness comes through hard-earned trials.”

The film vividly portrays the heartfelt story of a young boy who lost his family to the Lebanese civil war in the 1980s.

11-year-old Zozo is preparing to leave war-torn Lebanon for Sweden with his family when a misfortunate bombing takes place on his apartment building, causing him to lose his entire family.

But even when all seems lost for this young boy, there is still some comfort in the fact that he can go live with his grandparents in Sweden.

For Zozo, Sweden was always a thought of peace, a place where there are no conflicts and where nature is in harmony.

Being able to go to Sweden was a great opportunity and a strong hope for life again. Just when all seemed dark, this opportunity brought a new light into Zozo’s life. Only after landing in Sweden did Zozo face the harsh reality of adjusting to a new and completely foreign place.

In the end, it all proved good for him, but in the beginning, he was an outcast, and dealing with all the social problems he faced was really admirable. And to add to that, he has to face his own young and yet confused subconscious, which is full of questions and searching desperately for answers.

Culturally speaking, the movie talks about the average Lebanese family trying to live life the best they can in a country marred by bloodshed and grief.

It’s not so much a universal phenomenon because most countries don’t have civil wars.

Another interesting point the movie makes is that Zozo is in total denial when it comes to the fact that there is a civil war going on. He lives his normal life, goes to school, and hangs out with friends, and talks about what kids his age talk about all over the world. Topics of interest include girls, sex, and sports, particularly soccer.

You can see the universality in living a better life and going places to provide a better life for you and your family. Zozo’s family wanted to escape to Sweden so that they could live in peace and where everyday life was not impossible to get on with.

I believe the main point that the director, Josef Fares, is trying to illustrate is the immense power of human determination and willpower.

Life is basically full of hope, and it is up to us to take advantage of everything coming our way and turn it into something meanful.

The film also demonstrates the importance of overcoming hurdles and obstacles in life to make the most of our short but beautiful stay on earth. Fares cleverly through the tragic story and gives important lessons along the way.

The film shows that there is humor, that there is a voice of hope, and that there are pleasures in even the little wonders of life. This movie is given from a perspective of a young 11-year-old kid, it is given from a viewpoint from a child who has seen things naturally that no kid should ever face. But what is so enlightening is how these trials and hardships from childhood prepare Zozo to face and conquer anything and everything that comes along his way.

Fares, is amazingly talented when it comes to telling a story, and he does this with excellent music and cinematography that compliments every scene and makes it stand out from the rest. In a dramatic story, when the story wants to give you hope, it will do it in a form we all imagine, but in reality, it is highly improbable. You can evidently see this when Zozo finds comfort in talking to a chick.

After he loses his parents, the chick is still there, then he meets this girl, and they fall in love. She helps him, but then he loses her too, this time to the girl’s father. There is a tragedy, but there is hope. There is light at the end of the tunnel.

If you gather the courage to stand up and face life, that’s all it takes to change things.

Jokes are essential when you are trying to recover from a tragic incident, and you see that in this movie both visually and in characterization. Zozo’s grandfather shows tremendous courage, pretends nothing can harm him, and wants to teach this lesson to Zozo but at the same time is very humorous and just wants everyone around him to smile and have a good time. He teaches Zozo that there is a solution to every problem and that life can be made perfect after struggle and effort.

There was nothing Islamic about this movie other than the fact that Lebanon is a Muslim country, and in some way or the other, people refer to God. Something that caught my interest was that Zozo’s grandmother is a Christian, and his grandfather is a Muslim. He references Allah, but grandmother was only seen once or twice with the Christian cross necklace.

Like every other culture, Islamic teachings strongly emphasize that one should live life to its fullest, try to fulfill the meaning of our purpose in society and to work hard for good. God helps you if you want to help yourself and overcome any hardships in life. Be it Islam or any other culture, all promote happiness and advise people to live life in a fashion that’s pleasing to God and beneficent for the greater good of the humanity.

Personally, I was very touched by this movie. I don’t usually like to watch movies with subtitles, but this one was worth every second. It was truly inspiring in terms of the storyline and simultaneously made me emotional to see the plight of a boy too young to go through the horrors of war. It was a moving experience, and I feel very grateful that I had an opportunity to watch this movie. 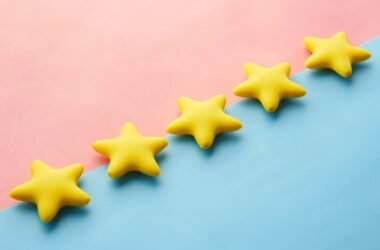 Review of Canon Powershot SX20 IS 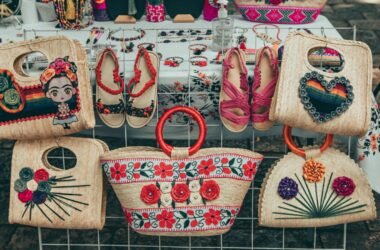