Using Nitrous.io with One Month Rails

When I started my foray into learning Ruby on Rails using One Month Rails, I wanted to learn and work on my app from anywhere and not just my computer at home. I did some googling and found out that there is something called Web Integrated Development Environment a.k.a WIDE. It’s an entire development environment in the cloud accessible from any computer. 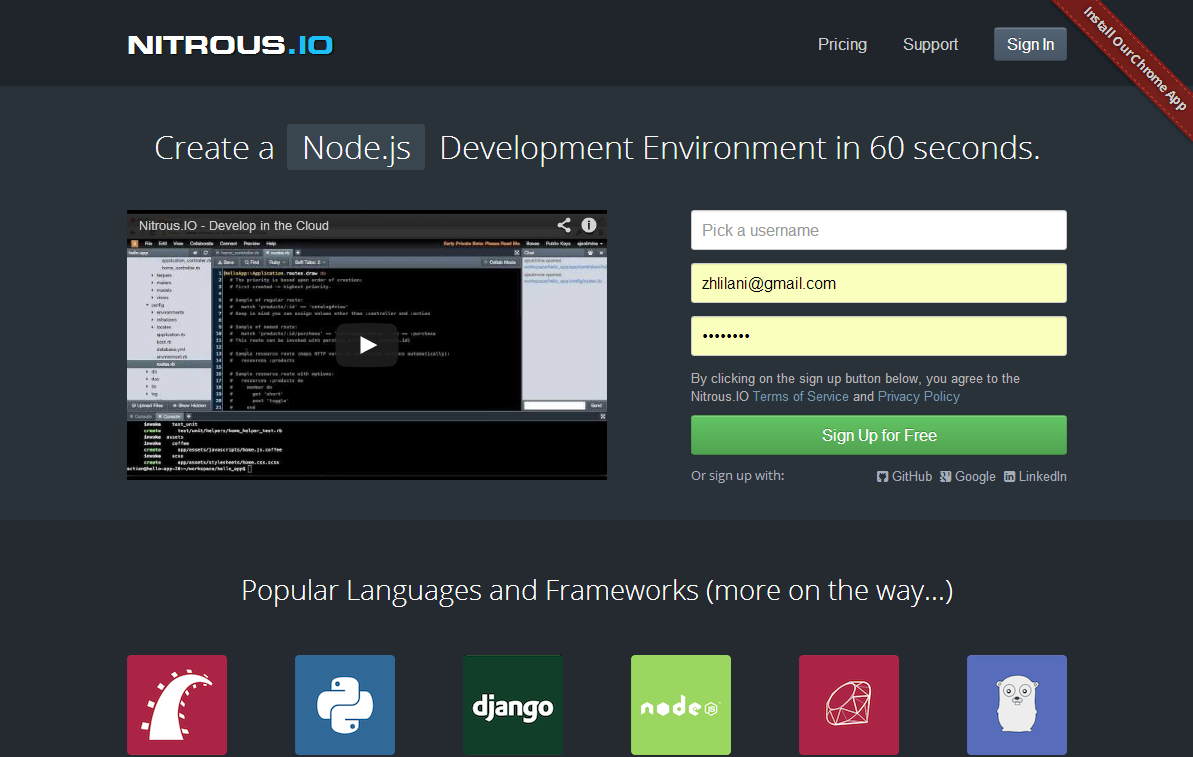 There are only few services out there since the entire concept is in its infancy. One such service is Nitrous.io; free to start and simple to use. I tweeted OMR to see if I can use it without jeopardizing my learning:

I didn’t think they would object and I was right.

On OMR, there is a 15 minute lesson just on how to install rails. I did go through that lesson and that’s when I decided that it won’t work for me. If you are in the same situation as me, I would suggest using Nitrous.io as your app playground.

I will be posting some instructions on how to setup Nitrous.io to be used with OMR training later.

Give Programming A Chance

How to Create Ruby on Rails App Development Environment on Nitrous.IO