If you have been following Obama and his election campaign, you know very well that he has a very close connection to his Blackberry. He is of course the first U.S. President who will be allowed to keep his personal Blackberry in service during his time in office. After living through Bush’s Presidency one can take sigh of relief that our new President is not out of touch with the outside world. 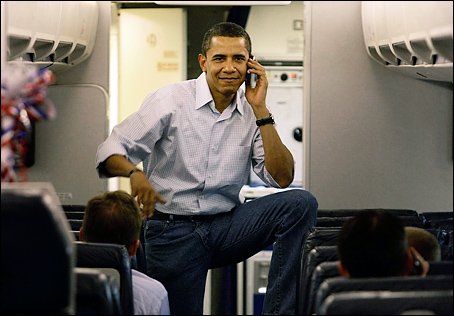 I like the idea that the leader of a nation is connected to the technology and is aware of what is going on in his social circle and the outside world. I have never used blackberry but I know it has immense email and internet capabilities. Most business people use blackberry but with the advancement of technology, email and internet phones have become very cheap and now a lot of non-business people also use Blackberry to make simple phone calls or to wake up in the morning.

Now the question is, do we really have to be connected 24/7? The answer of course is NO! But that doesn’t change the fact that we all are still connected in some fashion. We have facebook, we send Tweets, we txt like it is oxygen and we don’t seem to care about our surroundings when we deal with the technology.

Guess what? Obama used facebook, twitter, youtube and almost every other social media to basically connect to us the voters. Obama’s election campaign was far more technologically advanced than McCain’s. That reminds me of McCain’s age; I guess that must have been a factor why he didn’t care.

We now have our first Blackberry President who in reflects that social norms of most Americans who are of his age and young. I personally never thought we would see a President who is so well connected to the technology. But again, I also never thought that Obama will become the U.S. President.