If you keep track of social media, Mashable is not news to you. I frequent Mashable all the time and sometimes I feel dizzy and sometimes enlightened. That’s not what this post is really about but I had to get that out because what I am about to say is only going to sit with you if you know where I am coming from. 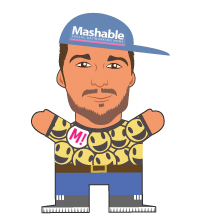 When I am on Mashable and I see an interesting post, my cursor moves towards Retweet and Share button found on each and every blog post. After doing it few times, I started noticing something very odd. There was a big difference between number of Retweets and Shares.

Retweets show how many times the post has been Retweeted on Twitter and Shares is Facebook’s word for spreading love. You can pick up any blog post on Mashable and see that Retweets are more than Shares. Why?

It’s not just more, it has a widening disconnect and I might have a theory, in fact two.

Theory 1
Twitter is dominated by social media junkies, most of these enthusiasts are using TwitterFeed to auto update their Twitter streams or will re-tweet anything and everything posted on Mashable.

Theory 2
People who frequent Mashable are not avid Facebook users or they think that their Facebook friends could care less about social media.

There was a time I know when Mashable posts used to get a lot of Diggs. Now, I don’t think they care about Digg, it’s all about Twitter these days. On average, Mashable posts have at least 500+ Retweets

I follow @Mashable and @BenParr. Within few minutes of a new post on Mashable, it is Tweeted by both @Mashable and @Benparr and maybe numerous other Mashable authors that I don’t follow. It’s really not possible to do something like this on Facebook. Once you share a link on Facebook and then if your friend decides to share it, I don’t think that affects Mashable shares count.

What do you guys think? Do you have another theory? Am I missing something here?